Skip to main content
We start with an Alignment Assessment & Strategy session to see where you’re in alignment – and where you’re not – and why. What is your foundation? What image do you want to project? And, is that image aligned with your soul? If it isn't, your business may succeed, but you won't have much happiness and harmony in your life.

Once we have a better idea of your internal compassand what blockages are in the way, we can create a strategy and plan that will give you sustainable success in your business...one that leads to more vitality, joy and peace in your day-to-day life. 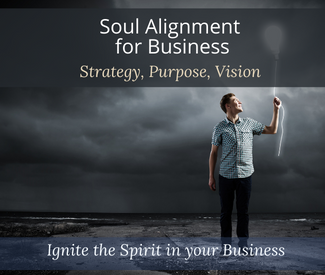 With over 25 years of experience in marketing, communications and branding, positioning, let us help you with what we do best. We'll combine what we learned from our Alignment Assessment and move forward with a strategy, plan and set of tools to create the momentum you need.

Your branding needs to be in alignment with your vision, voice and niche and most importantly, in alignment with your purpose and what lights you up every day. Whether you're starting from scratch or need a website or image overhaul, we'll deliver a game plan or execute on that game plan. In other words, we will customize a program depending on your goals, timeframe and budget. 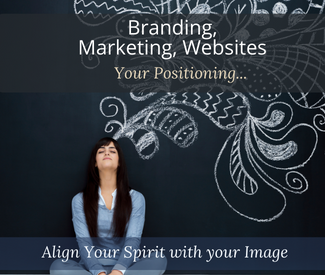 We have three decades of experience launching entrepreneurs, companies, products and services. Often called a force of nature with unstoppable vision and commitment to success, Renee has helped nearly a hundred companies, artists, entrepreneurs, authors and visionaries from around the world, launch their creations into the market.

Whether you want an in-depth communications and PR strategy, a social media campaign, or a full-blown media relations program, we can deliver. What's unique about working with us is that we combine our expertise in PR with consciousness and spirituality. If your Higher Self (or Higher Mind) isn’t calling the shots, you’ll ultimately hit a wall. We'll work with you to create a strategy that is sustainable for your soul's calling. 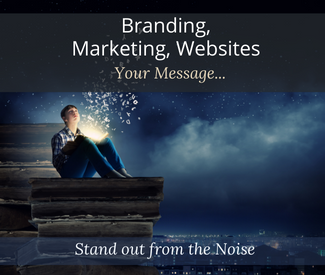 Have a presentation or keynote coming up? Or perhaps you’ve always wanted to give a TED or TEDx talk? Renee has been a co-curator and producer of one of the largest and most prestigious TEDx events in the United States for over a decade and has coached dozens of speakers on their talks. She has also worked with entrepreneurs across industries to help them stand out from the noise at important industry conferences and events.

There are countless ways you can leverage your talks, your presentations and your asks.Whether it’s a keynote, speech at a conference or important event or a TED talk, we can help you create magic on the stage.

In addition to working with you to create the most compelling and provocative story that will emotionally uplift the audience, you’ll receive coaching on how to deliver your talk in a powerful way, so people will be motivated to act. At the end of the day, it's not about us. It's never about us, but how we can contribute to others in a meaningful way. You will be forever be changed in the process. 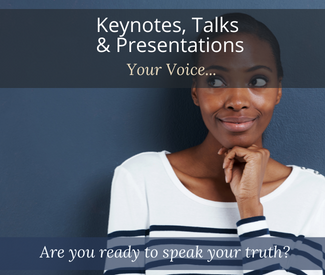 Schedule a Strategy Session Now!
Founder of Blue Soul Media, Renee Blodgett has spent more three decades in branding, marketing, corporate communications, journalism and technology where she helped brands, artists and entrepreneurs align with their vision and find their voice. She has also managed events around the world, including an annual gala at the Smithsonian Institution. Formerly, as founder and president of Magic Sauce Media, Renee acted as spokesperson for many of her clients, having appeared on and in Good Morning America, USA Today, Wall Street Journal, BBC, NPR, CBS News and countless others. She was listed as a top digital influencer by Forbes and also the United Nations. She has trained countless executives on dealing with the media and for speaking at major events, including on TED and TEDx stages. She is the co-curator and producer of TEDxBerkeley, one of the largest TEDx events in the United States and spearheaded content for the only TEDx event held at the United Nations.

Having traveled to 92 countries and lived in 11, she is passionate about cultures. She is the founder and editor of the award-winning online magazine and platform We Blog the World™ which is focused on Transformative Travel and has more than a half million reach globally. She has spoken at and/or been a media partner at the New York Times Travel Show, the Travel & Adventure Show (largest in North America), Wisdom 2.0, IONS (Institute of Noetic Sciences), Healing Summit, New Living Expo, Conscious Life Expo, and others.

As co-founder of Blue Soul Earth® with her partner Anthony, she leads courses, workshops and retreats. Their intention is to help others reach an expanded level of consciousness and become their own Ascended Master, both in their business and personal lives. In 2022, she launched Blue Soul Summit®, a platform focused on visionaries and leaders who are making a dent in consciousness across disciplines. Renee is also a certified Femme! Instructor through the Emotional Institute, a Reiki master, and a sound healer. 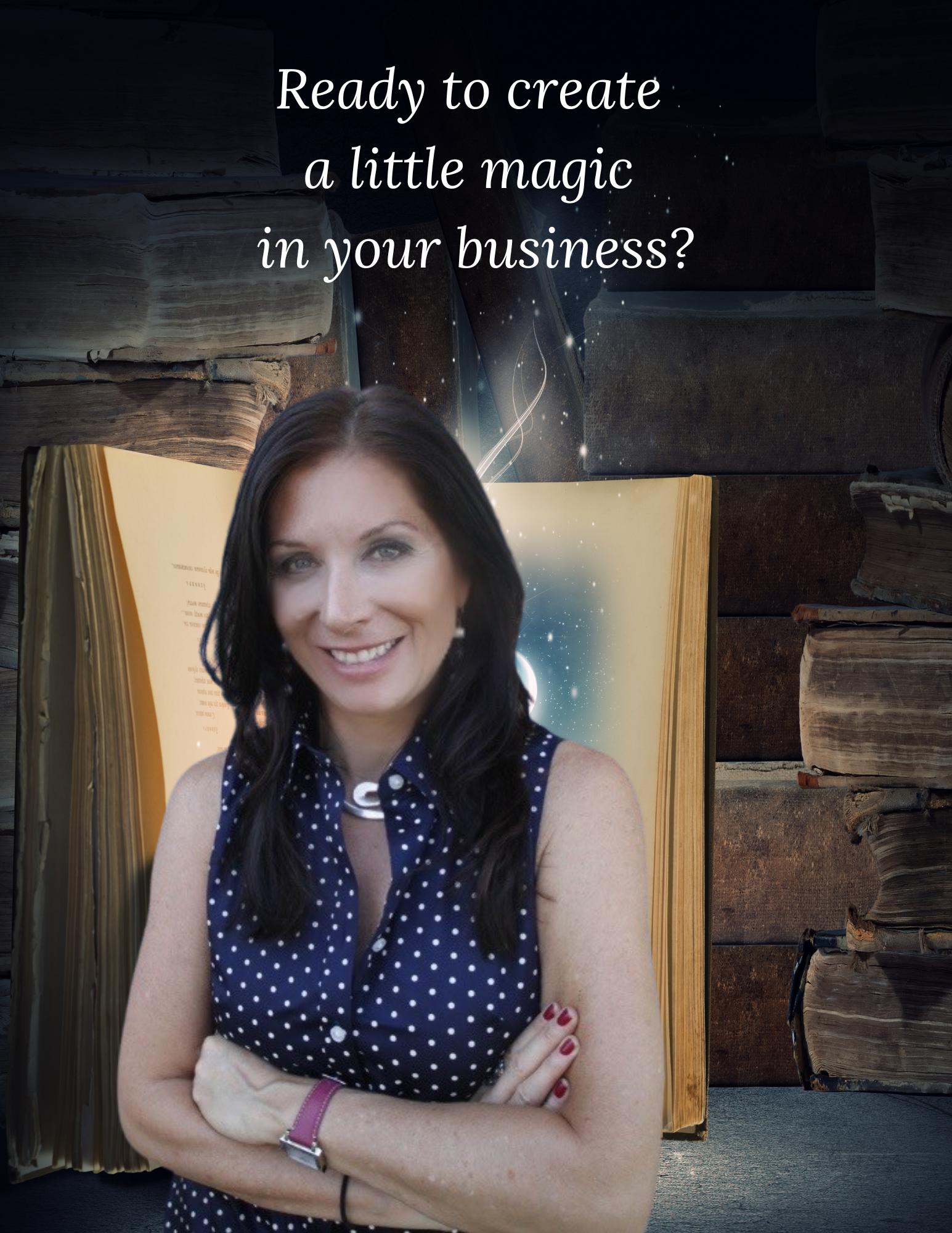 "Renee has an extraordinary amount of creativity, energy and productivity in everything she does. When we worked together, she was incredibly reliable and brought a lot of artistic talent to the table."

"Renee Blodgett is effective at creating an engaging message, turning it into a unique voice and delivering it to your audience in ways that can maximize your exposure and achieve the results you're after."

"Renee knows her way around the influential social network scene. Incredibly apt at connecting with old and new influencers and leaders and effective in creating and delivering a resonant message, her programs cut through the noise to build the level of buzz necessary to achieve sustainable success."

One of the most connected people I know..

"Renee is one of the most connected people I know. Her tenacity and ability to develop and implement creative, smart programs mobilizes early adopters and influencers both on and offline."

Knows How to Navigate Through the Political Maze...

"Renee understands how to efficiently navigate through the political maze. Her keen and sophisticated insight enables her to strategically elevate both entrepreneurs and their products and services to a level others simply can't touch."

Has Blend of Passion & Courage that is Rare...

"Renee approaches everything she does with a blend of passion and courage that is rare. Add a drive for excellence to the mix - and one of the largest, most influential networks on the planet - for an unbeatable advantage."

Bridges the Gap Between the Old & New...

"Renee's powerful approach to branding and communications bridges the gap between the old and the new. Her approach is more important than ever but even more fundamental is that she remembers the basics: human nature remains the same the same principles apply. Her programs are a unique formula for success both in the U.S. and globally."

Her Ability to Achieve Exposure is Unique...

"Blodgett's ability to achieve the right exposure for her customers is unique in the industry. If I were to start a new company, I would use her for my marketing and PR needs."

A Super Connector on your Side....

"Imagine having a super connector working her relationships tirelessly on your behalf, at all hours of the day, around the globe --- gaining favor, insight and opportunities for you that truly move your business from your personal chimera to the fancy of those powerful few that make or break reputations."

"Renee brings that essential element to the table that most pros can't begin to touch upon -- combining the traditional media skills and an all-important mastery of social and viral media. Her innovation in creating online and offline campaigns makes her an essential element to anyone (or company) needing real results."